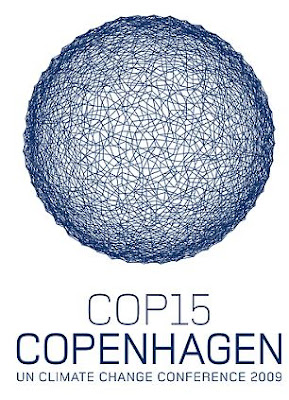 With three days to go, the crucial Copenhagen summit is failing.

Tomorrow, the world's leaders arrive for an unprecedented 60 hours of direct negotiations. Experts agree that without a tidal wave of public pressure for a deal, the summit will not stop catastrophic global warming of 2 degrees.

Click below to sign the petition for a real deal in Copenhagen -- the campaign already has a staggering 10 million supporters - let's make it the largest petition in history in the next 72 hours! Every single name is actually being read out at the summit -- sign on at the link below and forward this email to everyone!


http://www.avaaz.org/en/save_copenhagen
An Avaaz team is meeting daily with negotiators inside the summit who will organize a spectacular petition delivery to world leaders as they arrive, building a giant wall of boxes of names and reading out the names of every person who signs. With the largest petition in history, leaders will have no doubt that the whole world is watching.
Millions watched the Avaaz vigil inside the summit on TV yesterday, where Archbishop Desmond Tutu told hundreds of delegates and assembled children:

Copenhagen is seeking the biggest mandate in history to stop the greatest threat humanity has ever faced. History will be made in the next few days. How will our children remember this moment? Please Leabank Square let's tell them we did all we could.

Thanks for this Sóna. I've just signed up and forwarded it to my entire contact list. Cheers
Becca

Nice one cuz. Everyone here has just sent in the sign-ups. I'll chat to Tony today and tell him too as well. Derek

Done & dusted you ol green fingered leftie. Don't like spreading my adress around so this had better work. USA, Japan & Europe need their heads banged together tonight.
Jess

Just added ours as well, thanks for the kick.
Pete